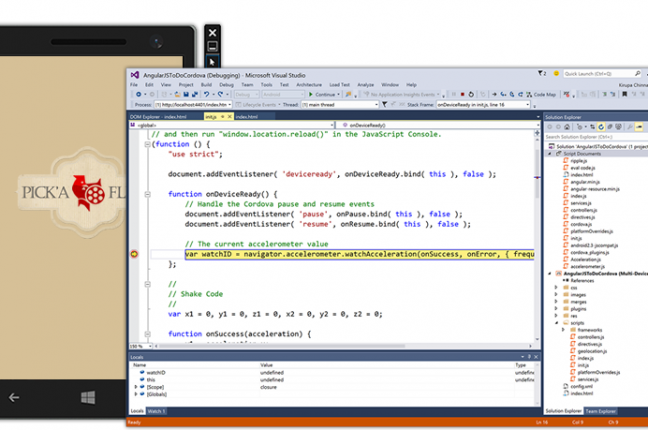 After going through the process of fine tuning and improving thanks to twelve months of preview builds, Microsoft has officially launched the latest version of its Visual Studio integrated development environment (IDE) about a week before Windows 10 is released to the public. After taking on board comments from users over the last year, a time period that also included a release candidate, Microsoft feels it has sufficiently improved the Visual Studio IDE enough to release to the public alongside an update to an its.NET framework.

If you have no idea what Visual Studio is then this important Microsoft release probably isn’t for you. With that said, it’s important to know that the developer environment offered by the company is utilized in an untold amount of software engineers around the world to craft a plethora of applications that are then deployed and offered for Microsoft’s desktop and mobile operating systems. The launch of Visual Studio 2015 and.NET 4.6 should allow developers to create richer, more functional apps with greater efficiency.

One of the largest changes to Visual Studio 2015 comes in the form of cross-platform support for developing apps for iOS, Android, Windows and the Web. It also features improvements to how developers will debug and diagnose issues with apps that are in development. Debugging and profiling have been unified into a single Diagnostics Tools window which assists in offering insights to the developer relating to the performance of a running application. The latest editions of Visual Studio and the.NET framework also offers maximum flexibility for developers looking to build and deploy apps across the web, cloud and mobile devices.